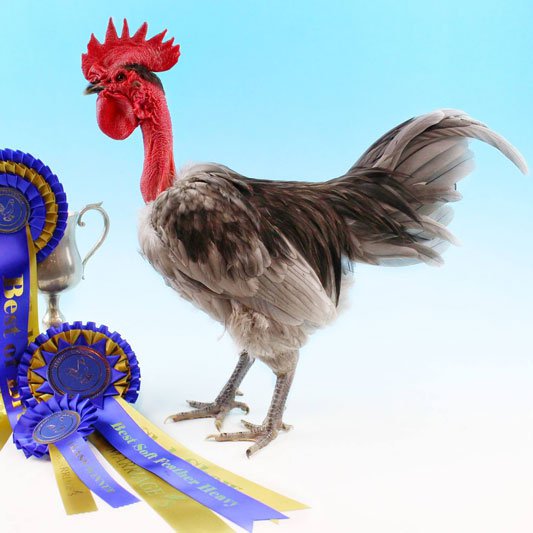 Transylvania has been part of Romania since 1918, but was once part of the Ottoman Turkish Empire, and then part of the Austro-Hungarian Empire. Naked Neck chickens have been recorded in many parts of Europe and the Middle East, so it is difficult to be sure about their origin. Exhibition Naked Necks, bred to a Standard with completely bare necks, have always been most popular in Austria and Germany: there were 110 Naked Necks at the 1907 Leipzig Show. Karl Huth exhibited the first recorded Naked Neck bantams at the 1898 German National Show. They have never been more than a rare novelty in the UK.

They are active foragers and productive birds, and their bare necks and reduced plumage are not a problem, especially in warm climates. Indeed, the speed with which cockerels can be hand plucked and ready for cooking has no doubt ensured their popularity among smallholders. There are now several naked-necked broiler hybrids, a good example of how even the most unexpected old breed can be useful in today’s poultry industry.