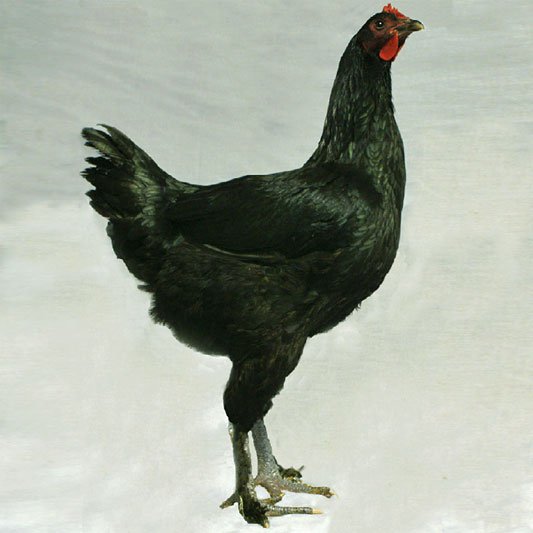 When Major Croad imported his first Langshans in 1872, some poultry experts questioned whether they were significantly different from black Cochins, which at that stage were not as profusely feathered as they have been since about 1900. Some Langshan breeders in the UK decided to emphasise the difference by breeding a taller and tighter feathered type of Langshan. It was this group who retained control of the original Langshan Society, with those favouring the medium feathered type, as first imported, forming a new Croad Langshan Club in 1904. Although the taller birds soon became known as ‘Modern Langshans’ among poultry keepers in general, the enthusiasts stuck to the names ‘Club type’ or ‘Society type’ Langshans for several decades. Modern Langshans gradually declined in popularity through the 1930s, and only just survived to the present day.