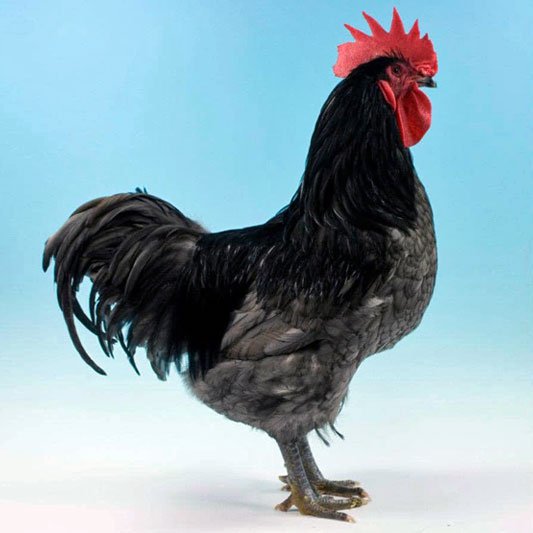 Originated in New Jersey in about 1880, this American breed took the name of ‘Giant’ because of the extra heavy weights that specimens could record. Its make-up accounts for such poundage as it includes black Java, dark Brahma, black Langshan and Indian Game. When introduced into this country it was claimed that birds from this breed were heavier than those of any other breed and that it was adaptable for farm range and for providing capons. Earlier specimens were of exceptional weights.