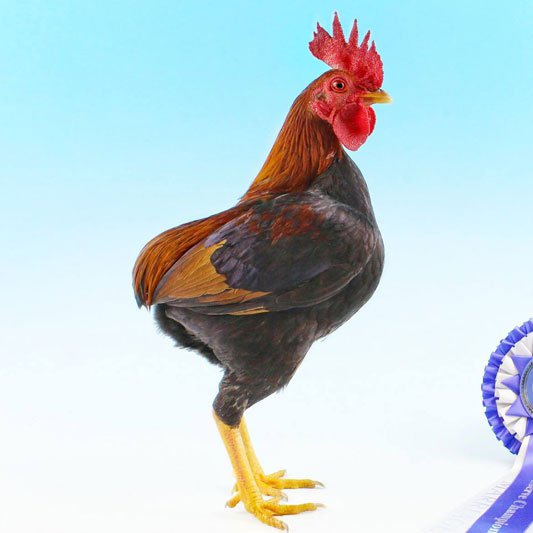 As is common with any rumpless breed, the parson’s nose or ‘caudal appendage’ (uropygium) is missing. Foreign breeds like the Barbu d’Anvers has a rumpless version called Barbu du Grubbe. The Barbu d’Uccle has the Barbu d’Everberg as its rumpless version and, even in Japan, there is a Rumpless Yokohama, funny though it may sound, with its long saddle hackle making it feasible. A genetic accident with Old English Game many years ago probably created our own Rumpless Game. The breed, though popular in the bantam form, is not often seen in large fowl.