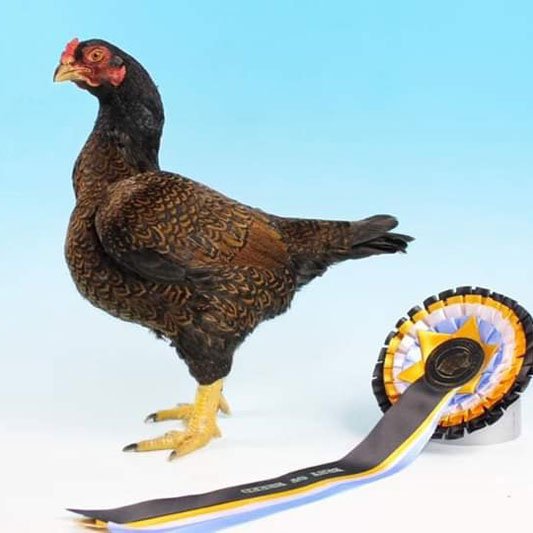 To Cornwall must go the credit for giving us the Indian Game. Breeds used in the make-up were the red Asil, black-breasted red Old English Game and the Malay. The breed has been developed for its abundant quantity of breast meat, in which respect no other breed can equal it. When large table birds were the most popular in this country Indian Game males were chosen as mates for females of such table breeds as the Sussex, Dorking and Orpington, to produce extra-large crosses. The females chosen for mating belonged to breeds possessing white flesh and shanks. Jubilee Indian Game are similar to Indians, but the lacing is white; in Indians it is black. The two varieties are often interbred.