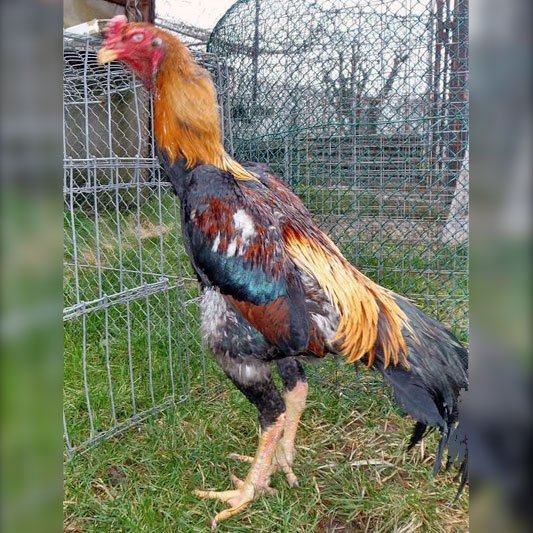 The Taiwan is a very large bird of Malayoid type. The breed is sometimes called Taiwan Shamo, but as this is not a Japanese breed that name is incorrect. The breed’s origins are in the island of Taiwan (formerly Formosa).

It is of a similar type to the Shamo, but generally bigger and heavier with longer legs.

There is a tendency in Europe to call any unidentifiable big Asian Game breed ‘Taiwan’, and these birds are often clumsy and of poor carriage. Birds of similar type have been called ‘Saipan’ in USA, also ‘Chinese Shamo’.

The true breed is an impressive, strong, agile, upright bird.