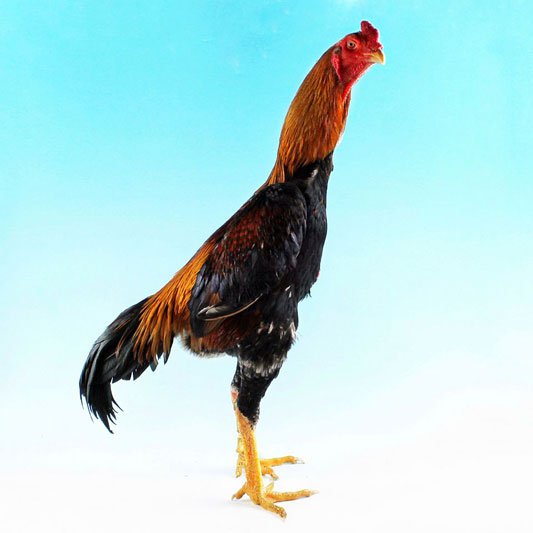 The Shamo is a Japanese bird of Malayoid type, originally imported to Japan from Thailand in the seventeenth century – the name being a corruption of Siam, the old name for Thailand. In Japan it was developed into a fighting bird of unmatched courage and ferocity. Its feathers are sparse but strong and shiny, and its powerful bone structure and well-muscled body and legs, coupled with its erect posture, make it an impressive and striking bird. Since its importation in the early 1970s the term ‘Shamo’ has covered all large fowl, but in Japanese classification birds are also divided into Chu Shamo (medium) and O Shamo (large).