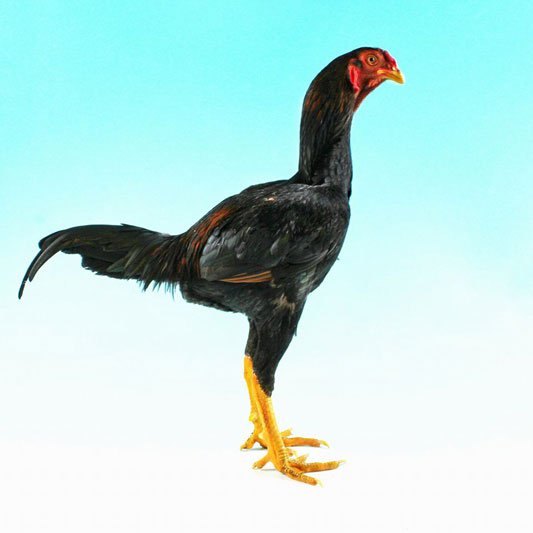 At the first poultry show in England in 1845 the Malay had its classification, and in the first British Book of Standards of 1865 descriptions were included of both the black-red and the white Malay. One of the oldest breeds, the Malay reached this country as early as 1830 and our breeders developed it, particularly in Cornwall and Devon. At the turn of the twentieth century the Malay was the first breed to be bantamised, the bantams proving to be more popular than the large fowl. They were large in comparison with other bantams, and it is difficult to reduce size further without losing the typical large fowl characteristics. They should follow the large fowl Standard in every respect except weight.