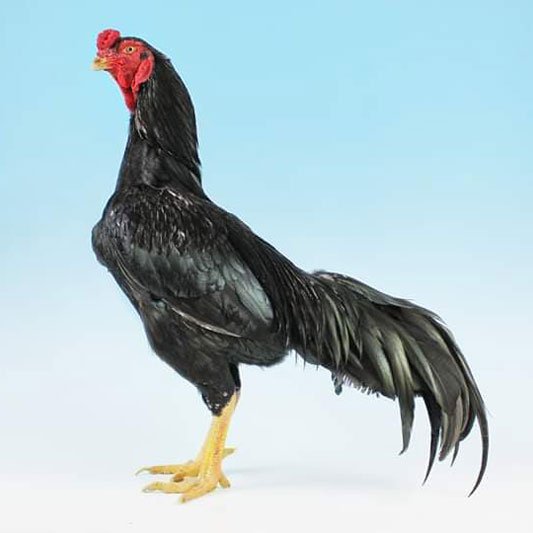 The Kulang Asil is an Indian bird of Malayoid type, kept and fought in its country of origin for hundreds of years.

As Indian and Pakistani people migrated to Britain they brought these birds with them, and they have been kept here now for many years. The Standard is intended to preserve the original type, which does vary from area to area.

Their general appearance is very Shamo-like, the major differences being a rather less exaggeratedly upright stance and less prominent shoulders, and their development having been in India rather than the Shamo’s development in Japan.